White Stork (Ciconia ciconia), Snow geese(Chen caerulescnes) Northern Shoveler (Anas clypeata) and Siberian Crane (Grus leucogeranus) are some of the many species of birds which breed in the far northern hemisphere during the summer  and fly  to a region which has a warmer winter away from freezing conditions. Nearly one million migratory  birds from Europe, India and Central Asia use the Indus Flyway to arrive in Pakistan where there are many wetlands and protected areas for these magnificent winged creatures. The stamps were issued 27-09-2012 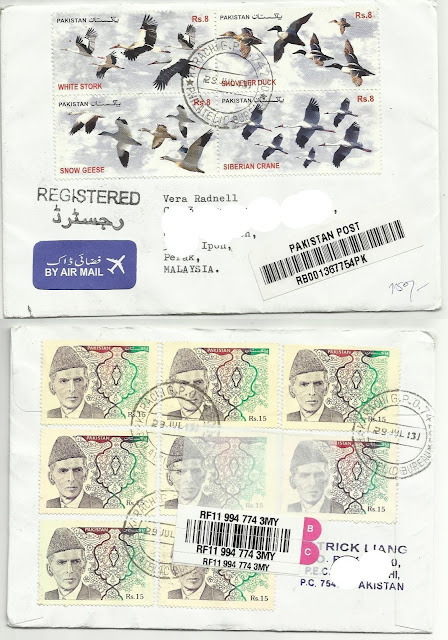