As you can see this is not a true bird stamp but a painting of a Heron species on a piece of  attractive  Delft porcelain from around 1700.
Cancelled  at Leusden De Brouwerij . Stamp is on the 2014 sheetlet from the  "My Netherlands" series. 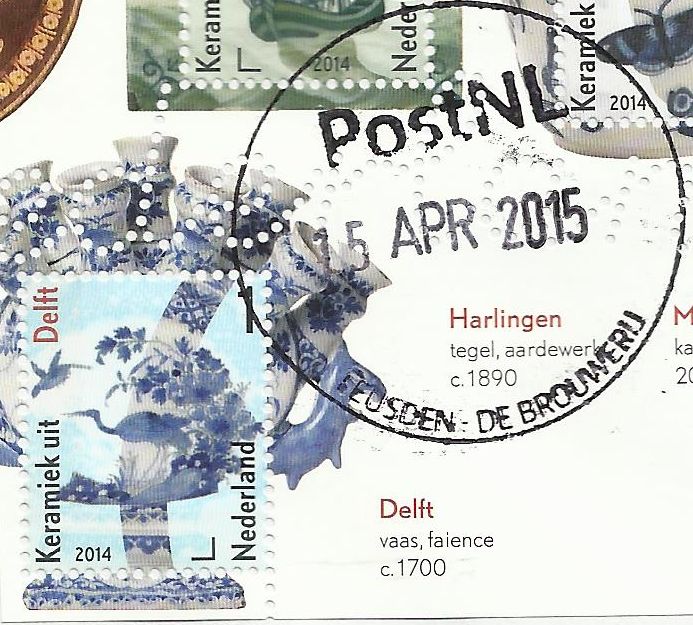 Posted by VeraBird at 00:15 No comments:

Two yellow canaries on this cover,. An old one and a young one. The young  stylized 2013 Canary was to commemorate Dia del Nino 2013 - Children's day in Mexico. The older stamp is  TB charity seal from 1961-62 featuring a Canary.
Posted on January 5, 2015, the cover arrived yesterday, April 29,2015 meaning the letter was four months in transit and luckily arrived still in perfect condition.

Posted by VeraBird at 20:31 No comments:

Little egrets ( Egretta garzetta) can be found in the wetlands of warm temperate to tropical regions. They are characterized by having black legs, black bills and yellow feet.
Issued in October 2014 as part of the  5v set on Tourism.Cancelled at Sengkang Central Post office. 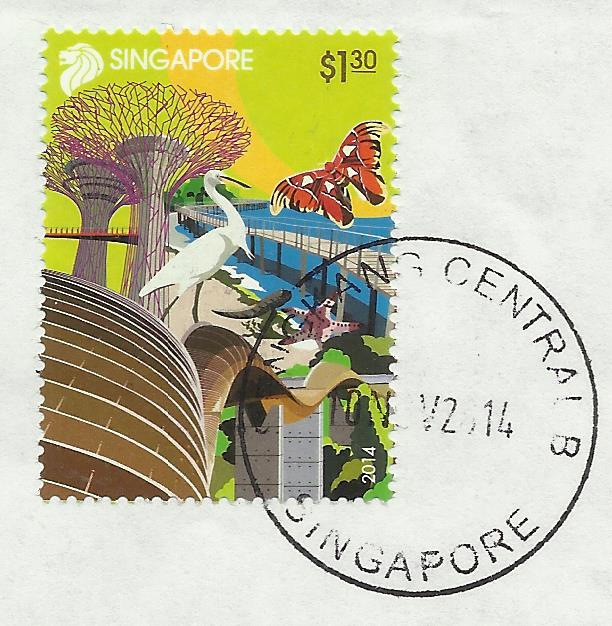 Posted by VeraBird at 20:21 No comments:

The common green magpie (Cissa chinensis) is a spectacular looking bird, with it's emerald green feathers and bright orange bill . It's habitat is from the lower Himalayas, through Thailand, Malaysia & Sumatra  to Northwestern Borneo.
The stamp issued in 1976 is part of a 4v set . Postmarked in Bangkok. 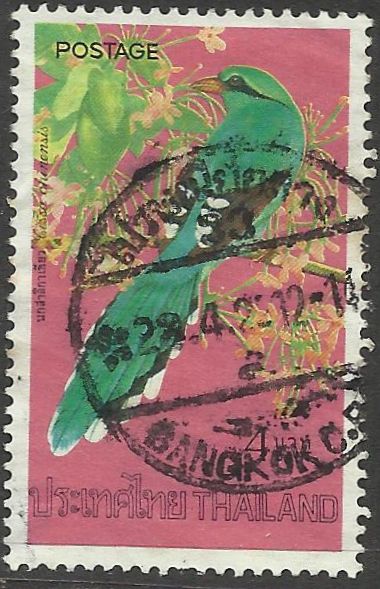 Posted by VeraBird at 19:25 No comments:

As part of  a joint issue between  Singapore and  Vietnam,  issued in May 2013, here is the

Posted by VeraBird at 19:42 No comments:

To commemorate the opening of the Lee Kong Chian Natural History Museum in Singapore a set of four stamps were issued featuring  four animal specimens from the mueum.
Posted on the first day of issue, from the museum.
Bird on the  stamp is a Black and yellow broadbill (Eurylaimus ochromalus), an endemic species for this region. It's hard to see the beauty of the bird on the Singapore stamp so you can enjoy it on the 2008 Lao stamp. 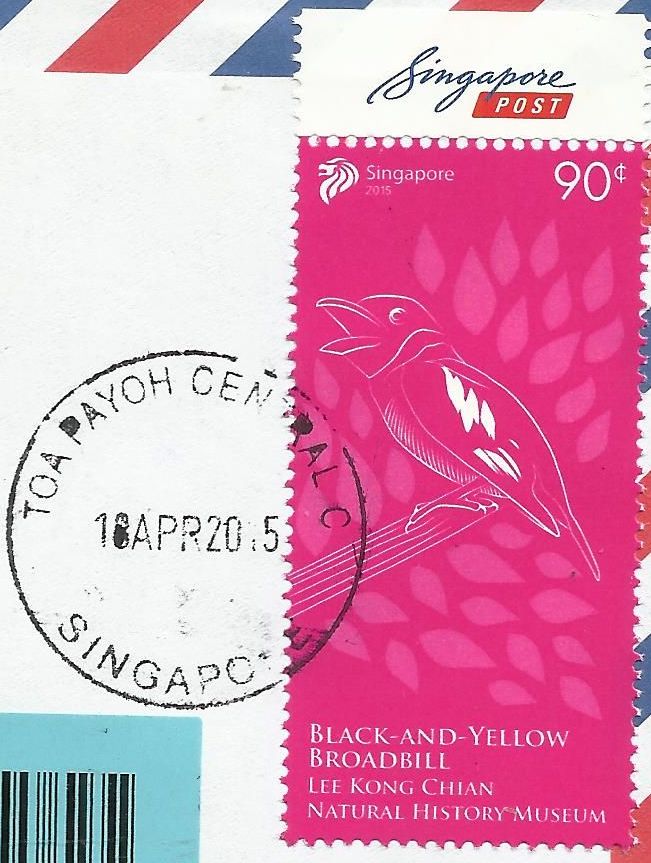 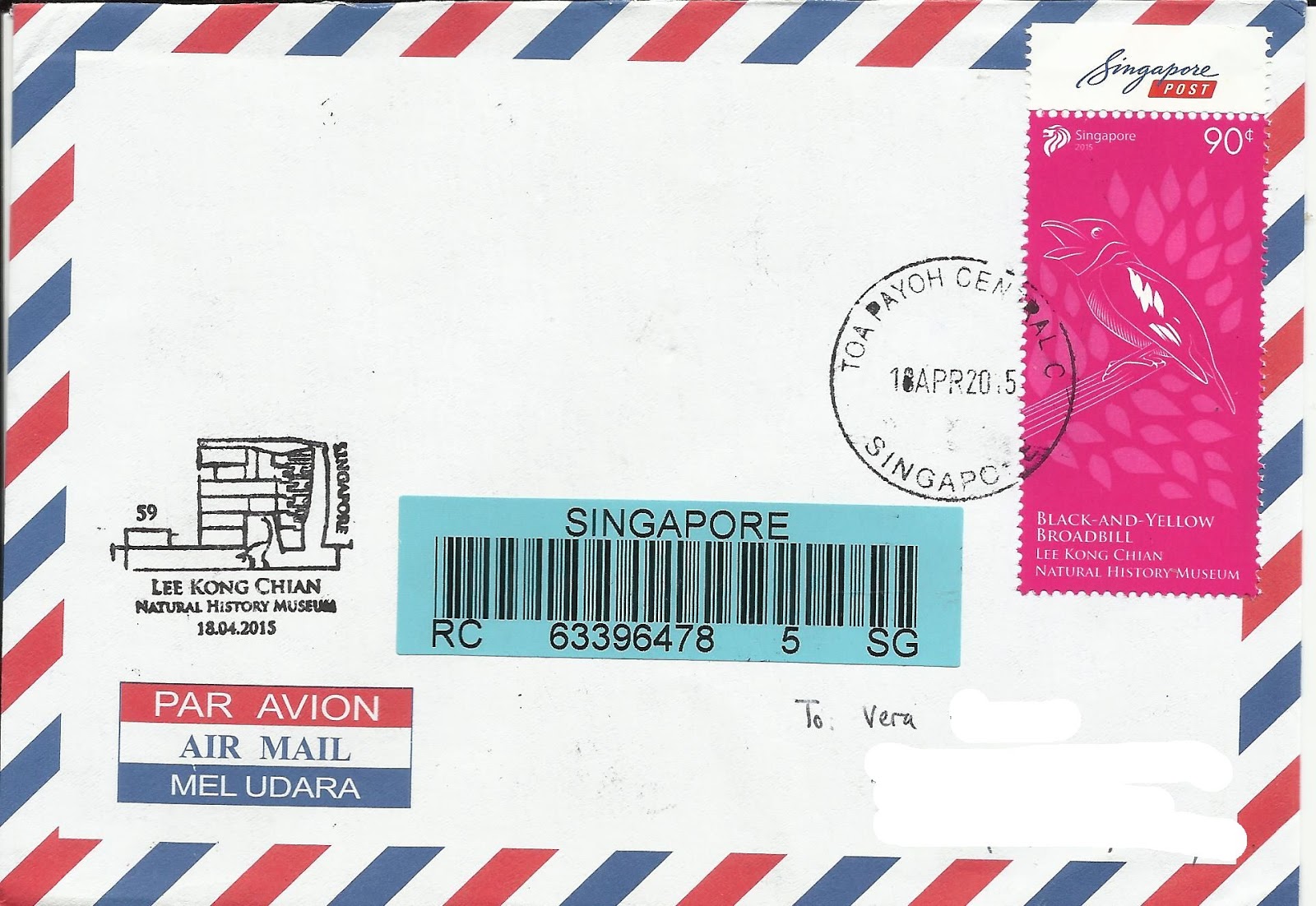 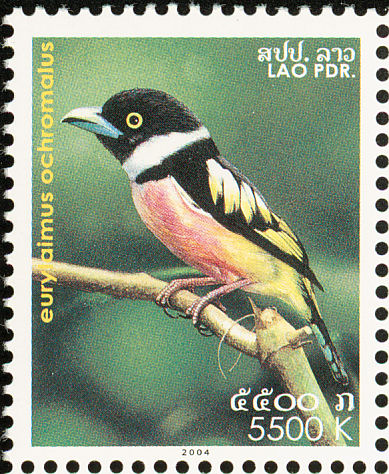 Posted by VeraBird at 19:20 No comments: